​Honda Side-By-Side Axles: OEM Or Aftermarket, Which Are Better?

A lot of Honda Pioneer axle problems occur after lifts are installed. Specifically, the angle created by some Honda Pioneer bracket lifts / spring spacers put the axles at a steeper incline, which then causes the boots to rub themselves apart. Products like forward / arched a-arms can help with this, and so can portal hubs, as they lower the gearing and don’t increase the angle of the axles as drastically as bracket lifts do.

The right axles for you will also depend on the Pioneer model you own. The Honda Pioneer LE edition, for example, utilizes what’s known as I4WD, which senses if one wheel is spinning and then applies more power to the wheels with traction. Because of this, the axles on LE models are different from the other P1K axles. 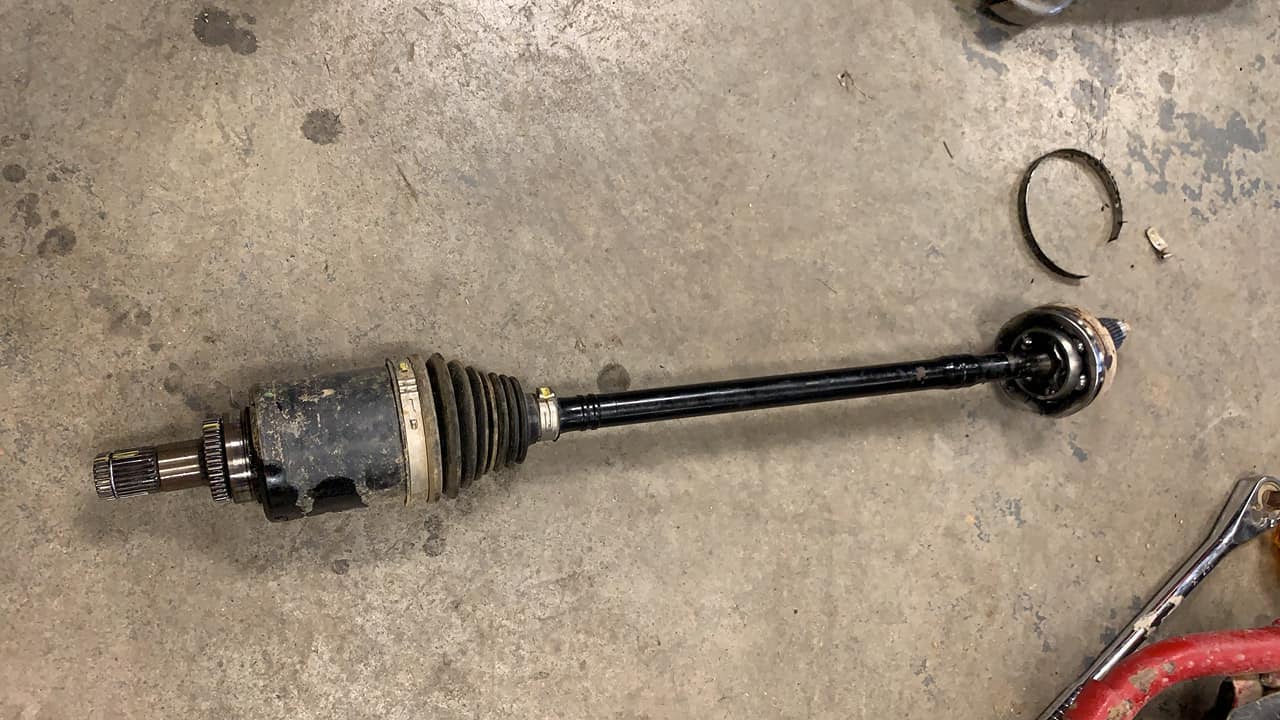 One of the biggest complaints we’ve seen about Honda Talon axles is how noisey they are. The CV cups are a wear item that get degraded over time from hard use – especially if you ride regularly on blacktop at high speeds. Thankfully, though, replacing the CV joints is a fairly easy project. Rebuilding the CV joints on the stock axles with an aftermarket boot kit should stop them from popping, and keeping them properly greased will also help. To grease the axle joints, simply remove the clamp, slide the boot back, and get in there with a needle-tip grease gun 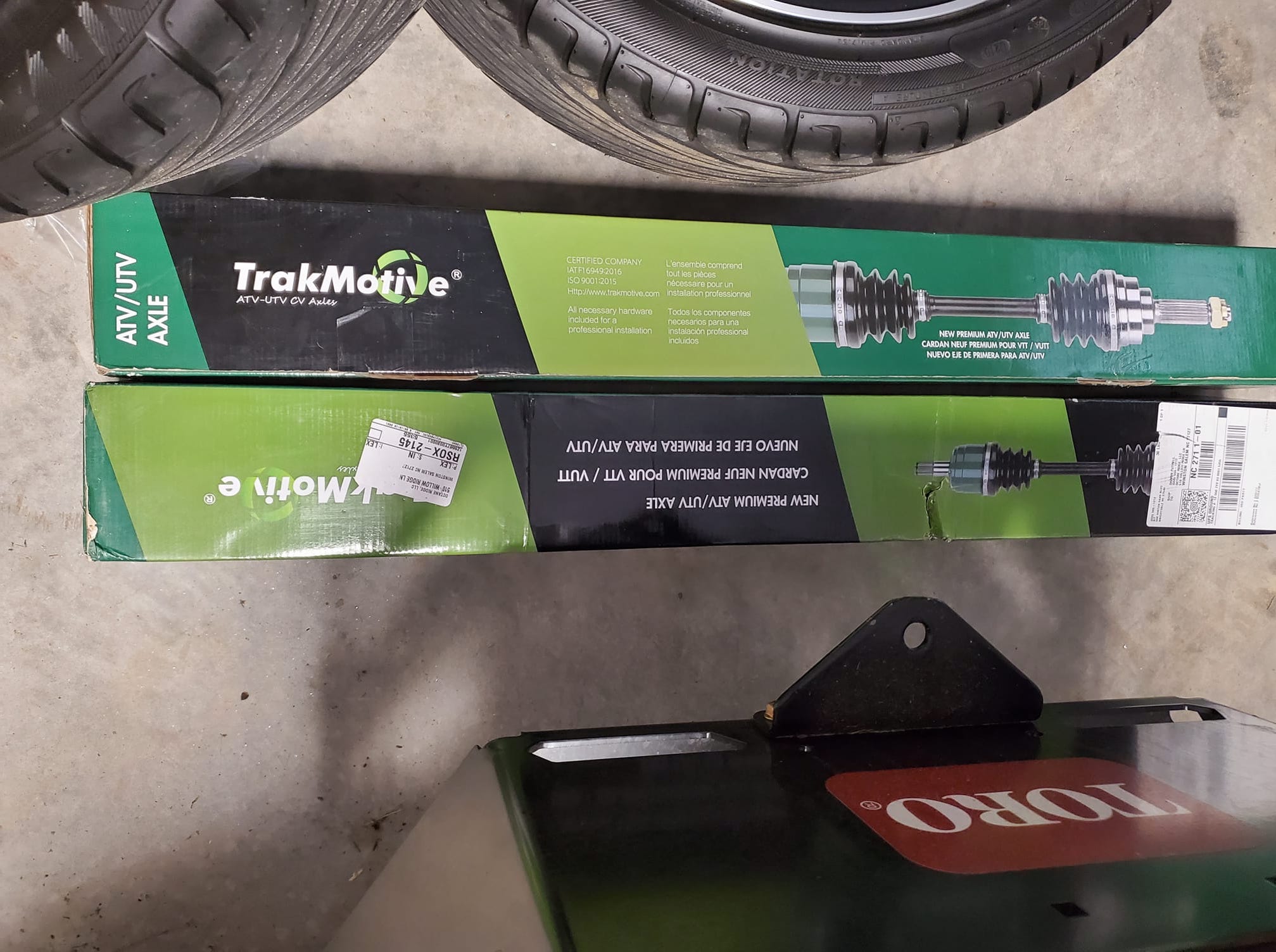 It has been noted by many riders that Honda used weak axles on the Pioneer. While that may be the case, you’d probably rather break an axle than your differential or gear box / transmission, so perhaps there’s a reason behind the madness! If you drive conservatively, you can make the stock axles last a lifetime. But even if you’re hard on your machine, there are specific actions that should be avoided so that you don’t keep breaking one axle after another.

A common maneuver that causes axles to break is when riders go heavy on the throttle when the steering is fully turned. Similarly, if your wheels are spinning quickly without grabbing, and then suddenly gain traction, the immediate torque is more than enough to snap axles. More often than not, axle damage can be attributed to drivers hammering down on the accelerator when they shouldn’t be, but this isn’t always the case. And although the five-year extended warranty on axles will cover the first one, it may not cover the second, third, or fourth one if they keep going bad on you! 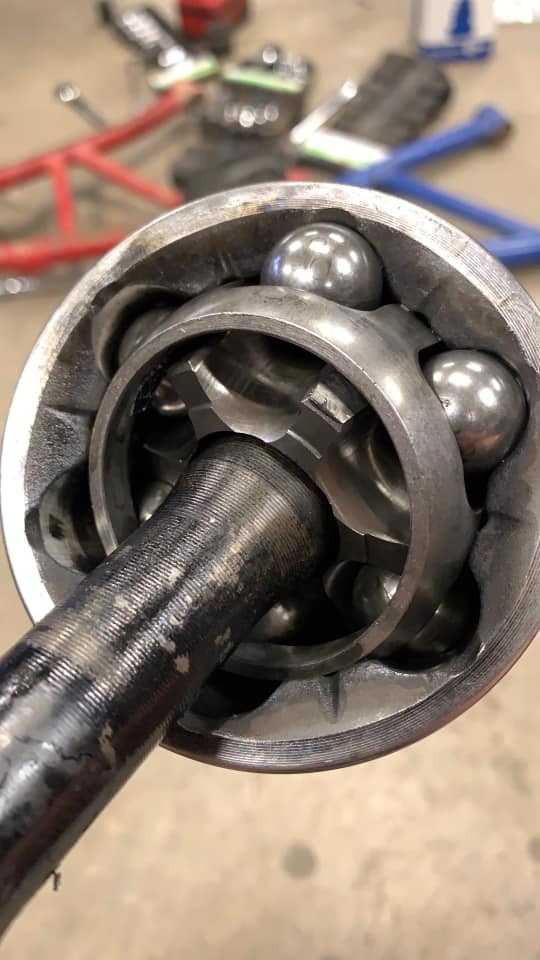 Regardless of whether you opt for a Turner axle, an Eastlake axle, or a CMI axle, you need to make sure that the axle is level when you pull it out / put it in, or else it’s liable to come apart. This can be difficult if you’re replacing a busted axle in the woods, but in this case, the axle you're removing will already be broken, so it doesn’t matter as much. It is suggested that you use a pry bar between the cup and the differential to remove axles, but be careful when doing this, as you can bust the diff case. Greasing the axles before installing them will also make it easier to remove them if / when the time comes for another replacement!

WhereCV boot replacements are concerned, you need to remove the big CV joint boot clamp in the rear to gain access to -- and take out -- the large snap ring inside the outer edge of the joint. Once that is removed, you can pull the inside cup off, and there will be a snap ring in the center to remove the ball bearing assembly. Pull that off, and then pull the inner CV boot off. Next, slide the outer boot off and install the new one, the just reverse the procedure to reassemble, making sure to grease the joints before putting the boots on!