Pros and Cons of Owning a Honda Pioneer or Honda Talon!

In the world of side-by-sides, Honda seems to be doing things right. Owners tend to elaborate for hours about how much they love their UTVs, and will give you at least ten reasons to buy one before you can get a word in edge-wise.

But there are of course a few things to be mindful of when shopping for a new side-by-side as well.

That's why today, we are going to share with you a few of the pros and cons of owning a Honda Pioneer or Honda Talon.

The Joys of Honda Pioneer Ownership 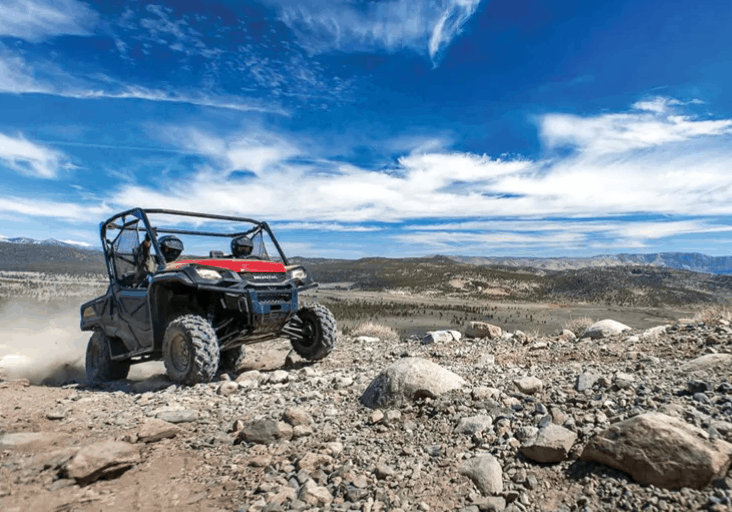 Pioneer owners will all tell you there is a lot to love about this awesome UTV.

The phrase “Legendary Reliability” will be spoken more than once, and justifiably so. Owners hold on to their Pioneers for years on end, and report very few issues outside of damage caused by reckless riding and driver error. The engine and drive train are both built to last, and everyone says that their Pioneer starts reliably day in and day out.

Many Pioneer owners also agree on the point of Honda’s use of a drive shaft instead of CVT belt as being superior.

The drive shaft removes many of the negative outcomes that are associated with CVT belts, such as slipping and burning belts, a ton of drive noise, and a fair bit of lag. Owners will even argue that the Honda UTV lineup is more efficient in getting power to the wheels due to the drive shaft, which also leads to a better feel in terms of throttle response. 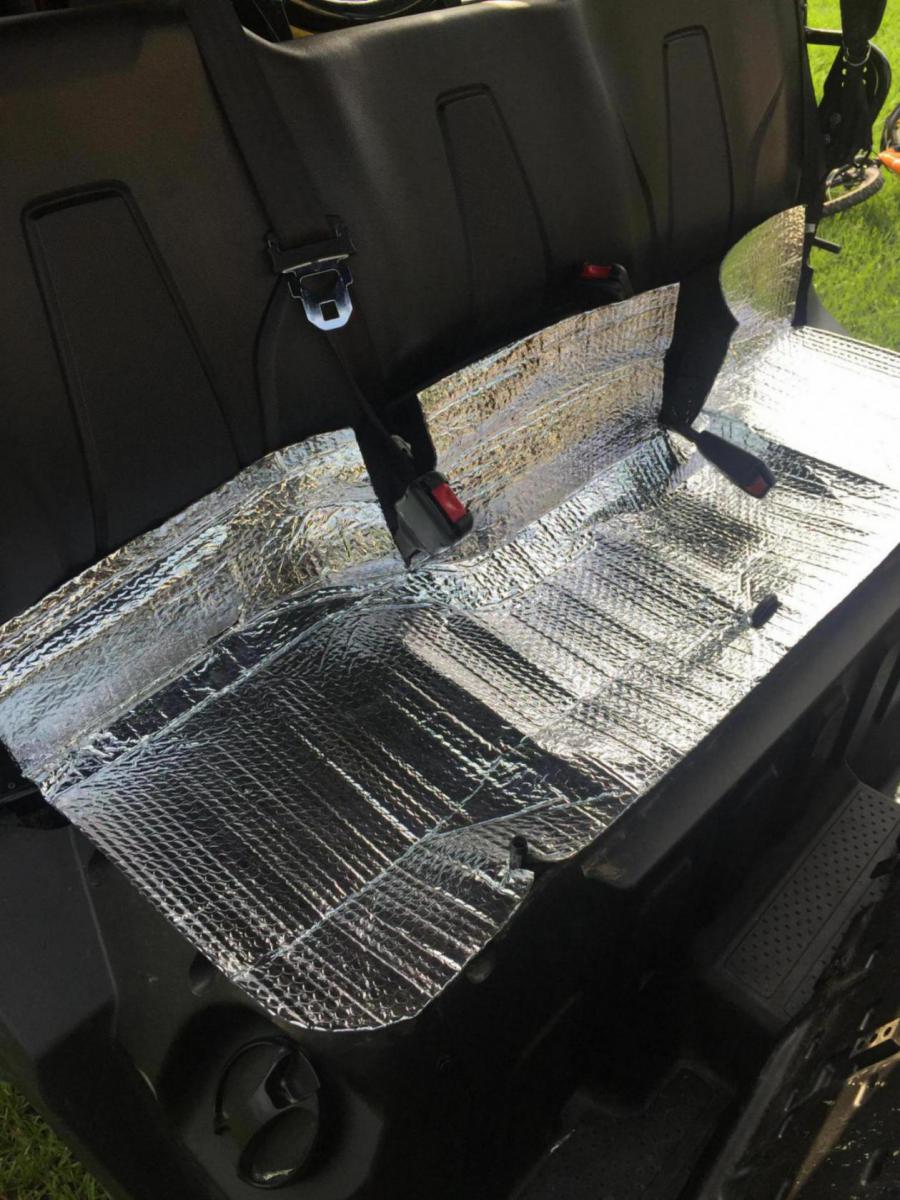 Upon searching for this topic, the conversations that come up immediately point towards heating issues.

Specifically, due to the engine being located directly under the seats of the Pioneer, the head production from the engine can become unbearable. Especially in areas that get extremely warm during summer months, many riders report only being able to withstand the cabin heat for 2-3 hours before needing to call it quits.

A Honda Pioneer heat shield kit can help, as can relocating the Honda Pioneer radiator so that you aren’t also being subjected to the heat from that.

Aside from heat, many owners complain that the stock battery is too small. What they mean, is that aside from starting the UTV over and over again, the battery doesn’t seem to sustain its charge well with aftermarket electronic accessories such as winches, light bars and audio systems.

Installing a bigger replacement Honda Pioneer battery will help, but ultimately, adding a Honda Pioneer dual-battery kit will ensure that you never run into a dead primary battery again. Especially if you take your Honda Pioneer overlanding and camping, this mod should be one of the first on your list!

So, What about the Honda Talon? 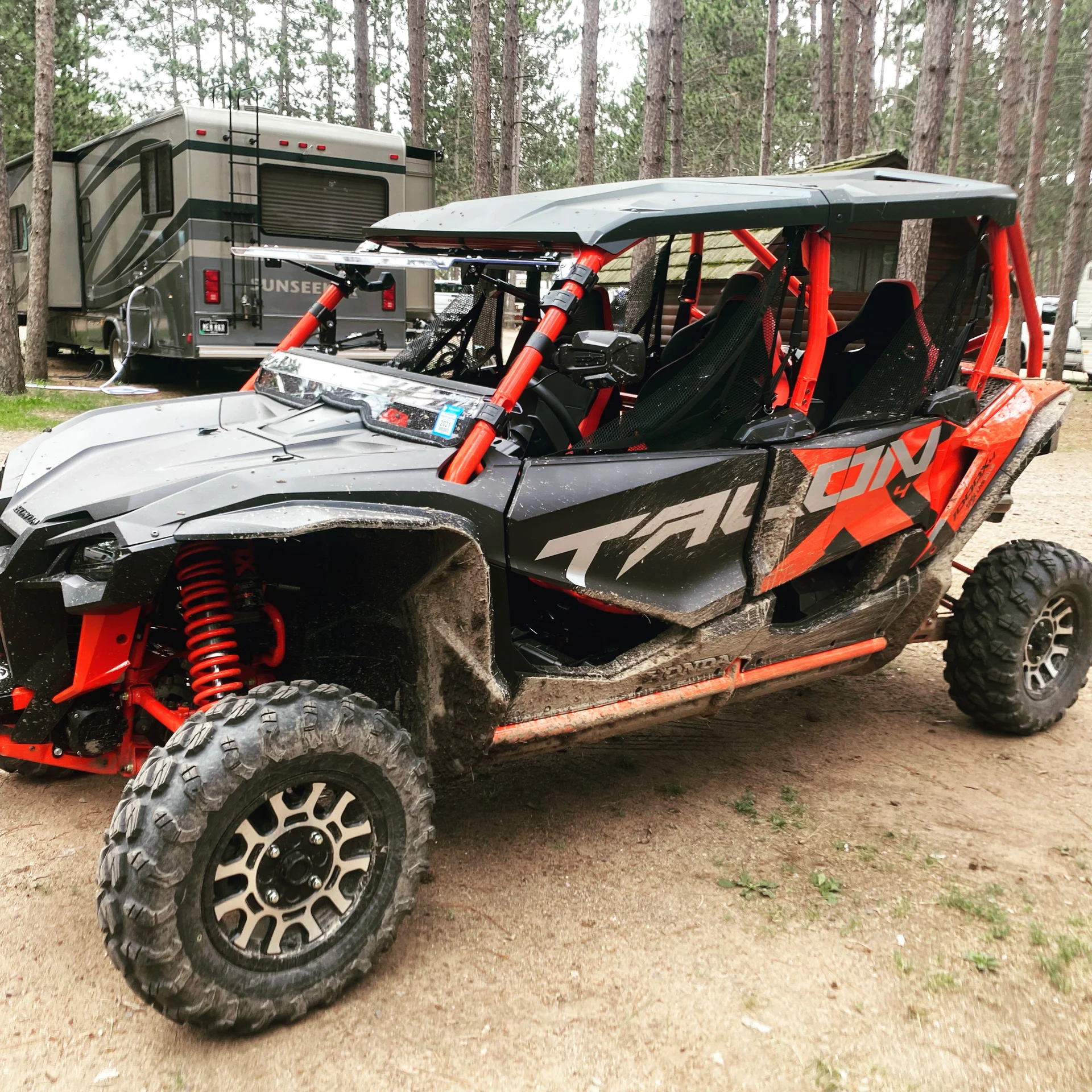 As it turns out, the Talon too has a lot going for it. Including all of the up-sides of the Pioneer, the Talon goes on to make an epic name for itself.

Riders boast of it being a much quieter ride than other ‘sport’ model UTV’s such as the Kawasaki Teryx KRX 1000 or Can-Am Maverick X3. The Honda Talon also has a drive shaft in the drive train instead of a CVT belt like its competitors, of which owners are absolutely ecstatic about after driving it even once.

The legendary reliability phrase will be thrown around a lot again here too. And with a huge aftermarket parts and upgrades community, the Talon quickly rises to the top of anyone’s list of potential side-by-sides to own. As much of a beast as it already is, adding a Honda Talon turbo kit, a portal gear lift kit, and even an ECU tuner will take your ride from beast mode to monster in no time.

There were bound to be some things to dislike, right? 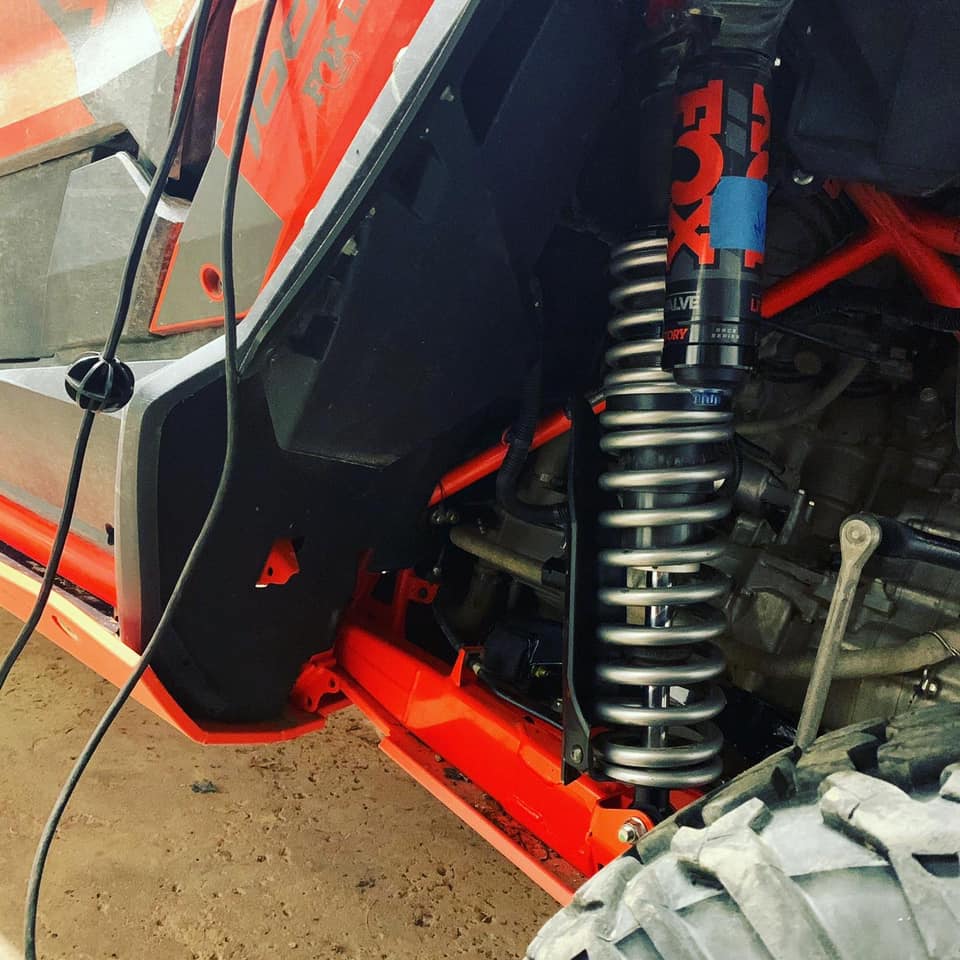 More than a few riders say that the 2-seat models of the Talon feel a bit tippy or uneasy at speed around tight corners. This is more than likely due to the narrow width of the machine. Thankfully, width is an easy thing to change on a UTV, with some Honda Talon wheel spacers, extended A-Arms, and fatter tires, you can quickly lengthen the Talon’s stance for a wider wheelbase.

Doing so gives it, and you, all the confidence you need to take those corners like a champ.

A large amount of Talon owners have also complained about the stiff ride that the vehicle has come to be known for.

Out of the gate, it seems the stock suspension is tuned to be quite stiff. This is helpful when you’re racing the UTV around the oval track, but when you are driving down a bumpy trail at speed, you can really end up feeling it in your back at the end of the day. Aside from tuning the stock suspension, you can also pickup replacement Honda Talon shocks and springs and set things up for your ride preferences and drive style.

Lastly, we will leave you with one other small thing that owners have mentioned: the powder coating applied to the chassis of the Honda Talon seem to sometimes have issues. Owners report the coating being thin in some areas, leading to premature flaking and cracking through normal use.

Lets Wrap This Up

All in all, the pros of owning a Honda Pioneer or Honda Talon outweigh the cons for the vast majority of users.

Consult this list while doing your own research, and decide for yourself if these side-by-sides are the right fit for you!